Vulnerable areas in Sweden were experiencing a lack security, higher rates of crime and a sense of isolation. This was having a negative effect on the lives of those in the areas. In addition, police and rescue services were struggling to meet the increasing demand with diminishing resources.

A new technique gaining traction in Sweden supports and encourages local residents to assist and work alongside emergency services.

First, volunteer civilian respondents (CIPs) are trained in how to extinguish small fires and in First Aid. Next, using a mobile app, they are alerted whenever an alarm is raised.  Because they live nearby, they can respond quickly. When emergency services arrive, the CIP can assist or step down, based on the guidance of emergency services.

Aside from a faster response, an interesting result of the project has been an increase in fire awareness, mostly due the presence of local CIPs in their neighbourhoods. Neighbours learn how emergency services work and how to minimise the risk of fire in the home themselves.

“We have developed a concept that has succeeded in tackling our challenges and needs. This work can also be transferred to other municipalities”, says Sofie Pilemalm, Assistant Professor of Informatics at Linköping University, who is leading the research and evaluation of the work.

There are early discussions on how this concept might also be used in the future to assist with riots.

The app, Safeland, was initially inspired by digitalising Neighbourhood Watch. Developed in Sweden by United Eyes AB, Safeland already collaborates with Police in Sweden and the UK. Civil Engineer and CEO, Per Källgården, believes that modern technology solutions will be increasingly important in the future of community safety.

“Our vision is that everyone should receive help within 3 minutes. Safeland starts from the site of an alarm and connects people who are nearby. It is a complement to the emergency services’ response times.
The desire to help each other locally is already strong. There are already 100,000 people who use Safeland to collaborate with their neighbours. In some areas, police and emergency services drive the uptake, but mostly these groups have been created by residents themselves”, Per Källgården said.

“In emergency situations, time is crucial. With the connected fire alarm system we can remove the initial time-consuming moments in a fire, such as someone having to discover the fire or noise and alert authorities”, says Leif Jonsson, Development Manager, Södertörns brandförsvarsförbund (Södertörn’s Fire Defense Association).

To prevent and manage incidents in socio-economically vulnerable areas: further development and evaluation of the concept Civilian Person in Suburb (CIP).

• Project commenced 1 January 2019. Evaluation in 18 months, with the hope that methods will spread to other Swedish municipalities.

• Project and evaluation led by the Centre for Research in Response and Rescue Systems (CARER). CARER is an interdisciplinary research centre created in collaboration between Linköping University and the Swedish Civil Protection and Emergency Planning Authority. The project is run together with Södertälje municipality and Telje Bostäder. 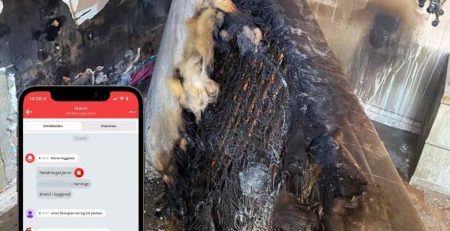 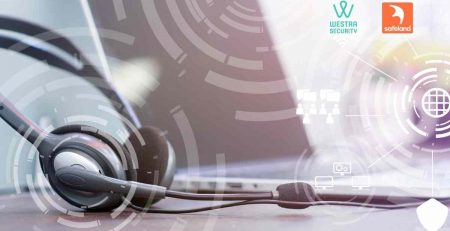 The power of people realised in new age home security

Home security is set to become faster and more effective, with the help of an app and our neighbours. A...